Managing storage with Veritas Storage Foundation for Windows I

If you need to know how to install Symantec Veritas Storage Foundation for Windows, you can check out the previous entries on how to perform the installation, on Server 2008R2 or Server 2012.

There are several advantages of utilizing dynamic volumes

1.1 Can span across multiple disks.
1.2 Which means that you can improve read and write data operations, because more than one disk will perform the operations.
1.3 Can use RAID technology to make volumes fault tolerant.

1.4 All dynamic volumes formatted with the NTFS file system, can be extended online.
1.5 Disk configuration information is contained on the disk, not in the registry. This is also replicated across all Dynamic disks in a Dynamic Disk Group, so that the failure of one disk does not obstruct access to data on other disks.

1.6 Dynamic disks provide volume migration, which is the ability to move a disk or disks containing a volume or volumes from one system to another system without loss of data.

Before you can create a Dynamic Disk group, you need to have at least one basic disk, on which you have written a signature (MBR or GPT), and that is brought online. Also, you can only add Disks which are online and has a signature, to Dynamic Disk Groups.

4.1 If you have just added disks to your system, start by bringing them online. Here I have started Veritas Enterprise Administrator on a Server where I have just added two new disks. As you can see, both disks are offline, and no signature has been written on them 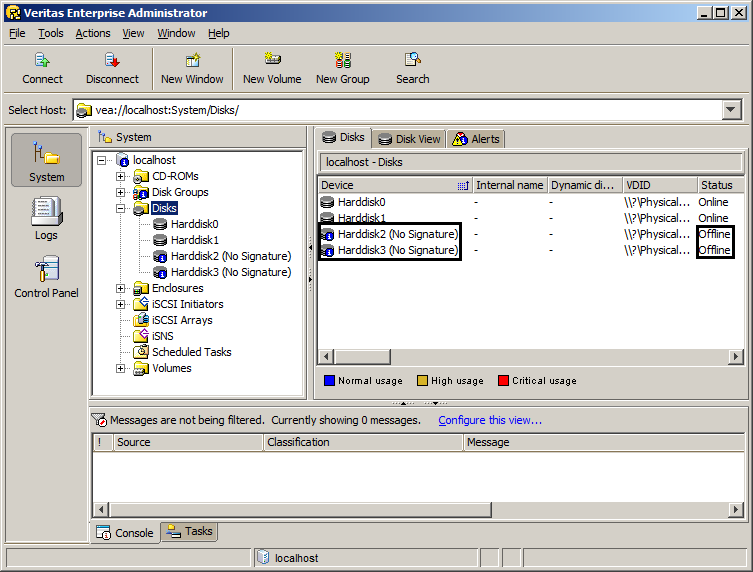 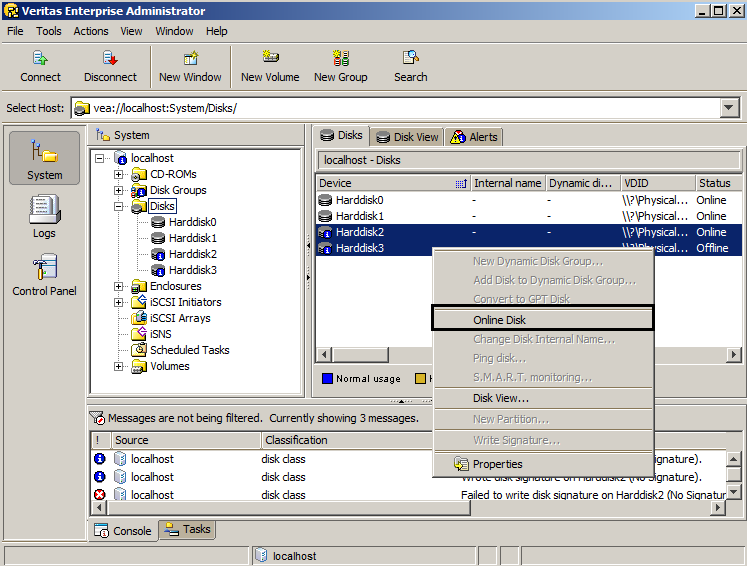 4.3 Click Yes, and the disks will be brought online

Once you have brought disks online, you can write signature on them

5.1 Right-click one of the disks, and then choose Write Signature 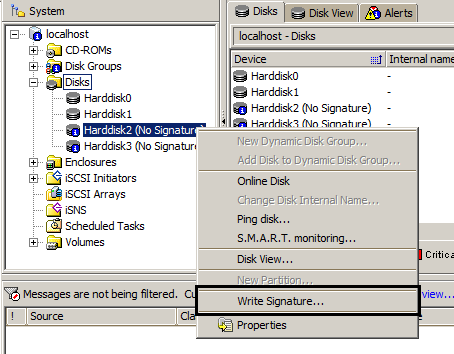 5.2 Choose appropriate style of signature, then click on Select All, since you only have two disks available 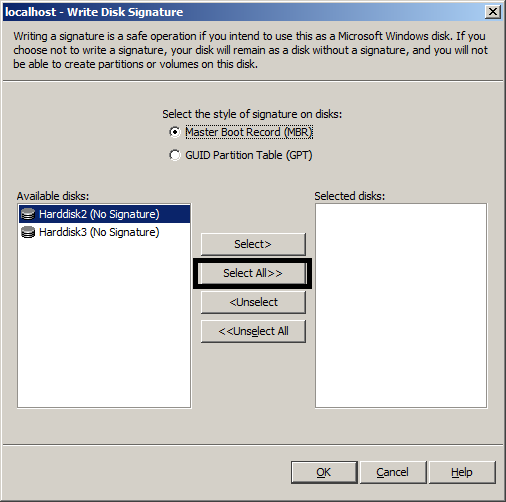 5.3 Both newly added disks will be selected, click OK

5.4 Click on Yes, and signature should be written on both disks

5.5 But if you  get the following error, you will have to clear readonly attribute on them first 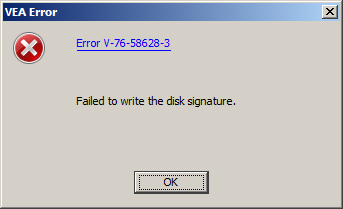 5.7 Write list disk, press enter (this will list all disks on your server, whether they are online or offline)

In Part 2 we will look at how to create Dynamic Disk Groups, and how to add Volume Manager Disk Groups as a resource in a Microsoft Failover Cluster